Can Palau, a 19th century farm house (called a “Finca Ibicenca” on the island), has been completely renovated in order to integrate the modern comfort in a timeless surrounding. 521 m2 build on a 18,628 M2 plot, the house offers a large double height living room, a modern kitchen besides an old one and authentic fire place where “one can sit in”, 5 bedrooms + 1 bedroom and 5 bathrooms. The house is white. The old walls proudly show their character, whereas, the ground in poly-concrete and some modern false ceilings peak the ensemble. In the garden, almond trees and some centenarian trees, a double stone volume shelters a room around a private patio. Furthermore, a large swimming pool built in a massive concrete tank puts the cap on the garden. Some nice old wooden doors have been kept and renovated, the joinery is made of oak veneer. The opposition between ancient and modern appears as a revelation which defines the place. Directed by Bruno Erpicum, the well known Belgium architect, the renovation considers the nature as “an integral component of the project”.
Close to the village Sant Rafel de Forca, municipal boundary of Sant Antoni de Portmany, the finca CAN PALAU was erected in 1890
in the Balearic countryside. 15 minutes drive from Ibiza Town and its harbour and 20 minutes drive from the airport.

Large country house with 6700m² of land in Santa Gertrudis.  INTERIOR: The house has two floors. On the ground floor...

The "Villa Menina Jesus" stands out for its contemporary and luxurious design. The unique location between Ibiza Town an... 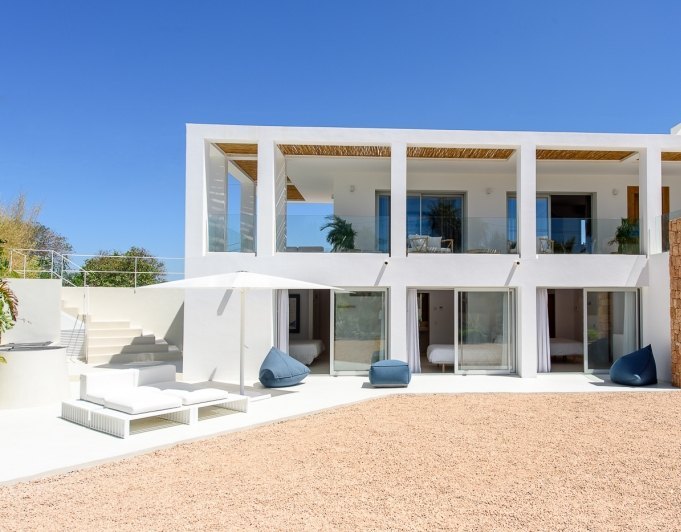 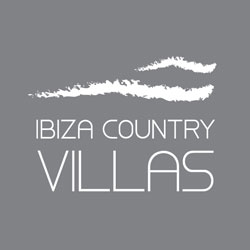